Thermoindicator of melting of TIN type 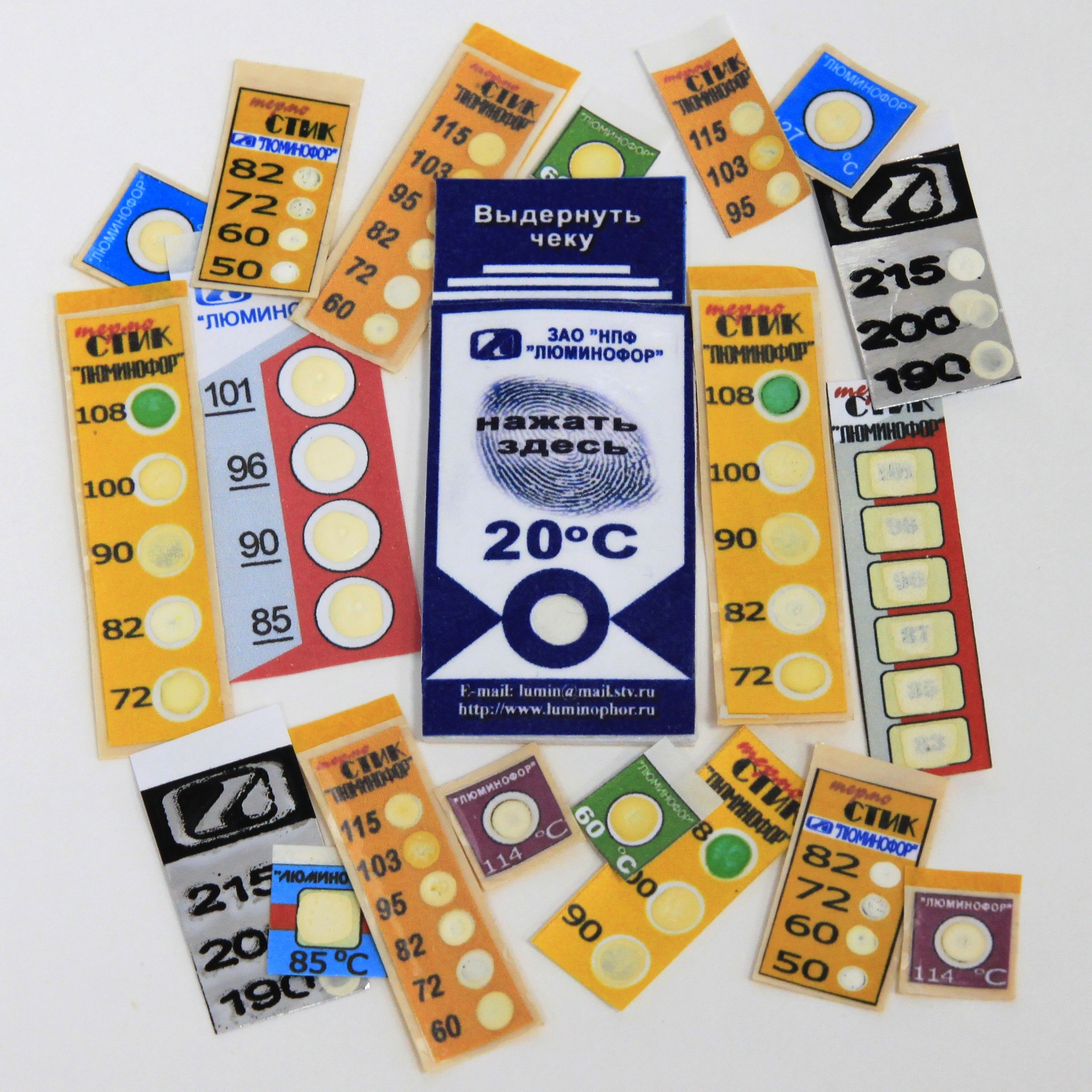 The values of controlled temperatures may be as the following:

The size and shape of patches and the number of marks on the same patch and the material of the substrate is presented according to the customer request.

For productional and research practice for thermal regime control of: 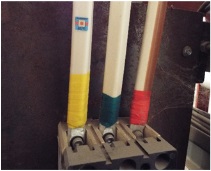 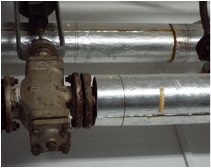 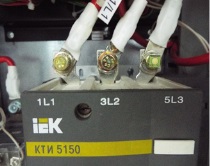 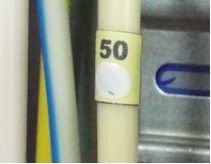 The method of temperature measuring by means of thermoindicator patches is characterized by simplicity, effectivity, small labourousness and the possibility of operative obtaining full enough information of thermal conditions of constructions, sets and units in the wide temperature range of 40 – 300 °С.

The patches can be used such as confirmation of achieving the specified maximum temperature as the measurement results are irreversible.

Thermoindicator patches allow to reduce the expenses for the equipment repairing. They reduce the number of guaranteed cases caused by overheating and they increase the labour safety.

Thermosensitive coatings forming the patch composition were developed and are manufactured by the technical Specification  (ТУ) 2638-002-48591565-2000 «Thermoindicators of melting, highsensitive». The accuracy of readings is ±1 % at heating rate up to 2 °C/min.

Thermoidicator patches on the self-glueing base are characterized by good adhesion to various metals, hermetics, ceramics and other constructional materials.

Thermoindicator patches made on the substrate of self-glueing foil can be used in the conditions of aggressive medium (for example, burning products of oils, fuels), at atmospheric conditions (rain, snow, fog including the sea ones).

Thermoindicator patches made on the substrates of foil or polymeric film can work both at the atmospheric pressure and in vacuum.

Fill in the fields below. We will contact you shortly.

Thanks for your order

You will be contacted shortly.

An error has occurred